Artist for the new STEM building visits the School

Award-winning celebrated public artist Jon Tarry introduced himself and his artwork concept to the Year 8 and 9 art classes recently.

Tarry, whose works include ‘Waterline’ at Yagan Square and ‘Convergence’ at the new Perth Stadium, was the successful artist selected from a highly competitive field of artists to create an artwork to complement our new two-storey school STEM building on Frederick Street.

The artist told students about his process for the work, and how he planned to convert the sounds of Broome into a computer-coded design printed dot-style on a screen that wraps around the building. 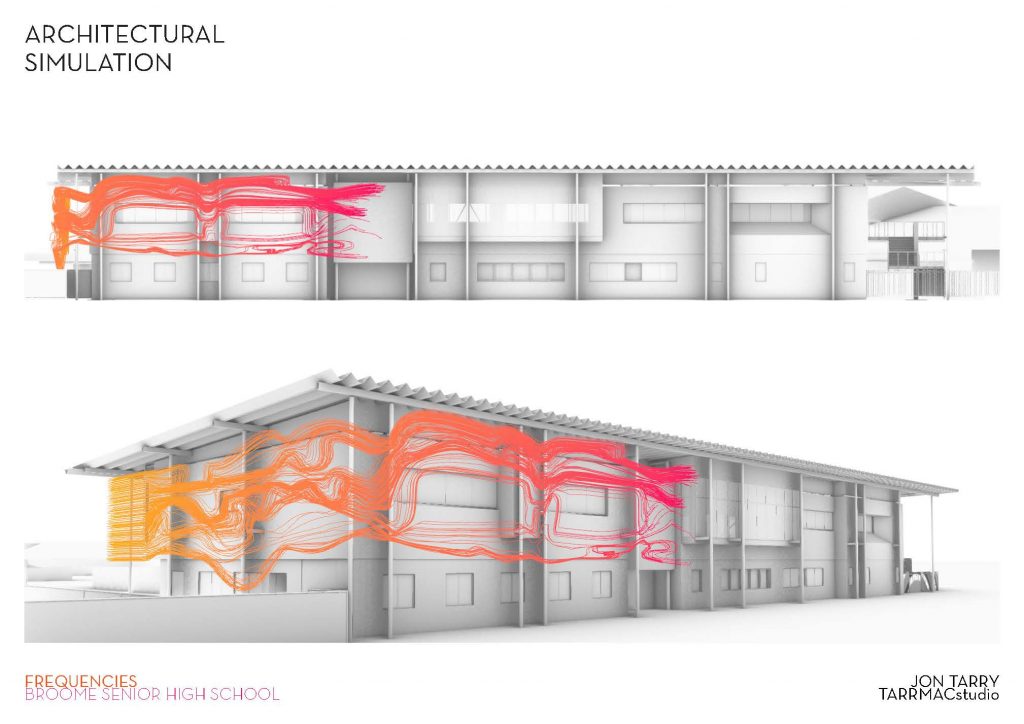 Tarry encouraged students to record any sounds they wished to be included in 15-30 second grabs on their mobile phones. From this, he will create a bank of sounds from which he will generate the screen design.

“Sound is a universal language. This project makes the unique sounds of the Kimberley visual, this includes sounds of mangroves at low tide, planes landing, birds and human phonetics. I look forward to developing this with you all. It’s a first of its kind project anywhere in the world. The screen artwork is one element, the soundbank may be added to and used in many ways over time, be it recording, performances or film media.” – Jon Tarry, November 2019.

More information on his submission and process can be found in our school library, including a short 3-minute video animation of the process and proposed design concept.