Mathew has been working in public education in Western Australia for 20 Years. He brings experiences from a variety of contexts including leadership roles at Warnbro Community High School and Rossmoyne Senior High School, as well as a variety of portfolios and acting Principal-ships at Atwell College, Como Secondary College and Fremantle College. Mathew is committed to education in Broome with vested interest having a wife teaching English and a son and daughter at Broome Senior High School. As the leader of Broome Senior High School Mathew understands the school’s role in the community and the importance of the cluster, as with strong schools we build a strong community.

Joe is an experienced and highly enthusiastic community services leader/professional, with over thirty years of diverse experience across the community sectors as a senior cultural advisor and operational manager, community liaison, integrity committee member, board member of various NGO and long-serving leader and member of registered native title body corporates. Joe is a strong, strategic and transformational leader, with a versatile and optimistic style, who thrives on the opportunity to drive innovation and excellence. 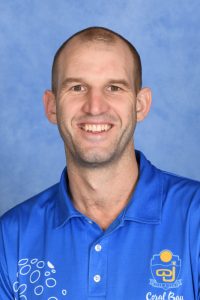 Employed as a Year Leader and VET teacher here at the school, Sam has a passion for pastoral care and enjoys operating in the Student Services space. His wife works in Health at Broome Hospital and together they have two young daughters; one at Roebuck Primary School and the other in daycare. Sam has been involved in local football since he arrived in Broome in 2015, leading and managing the West Kimberley Football League. This has provided many opportunities to develop positive respectful relationships with community members from the broader West Kimberley region. Sam brings to the Broome Senior High School board extensive experience in education and community sport. 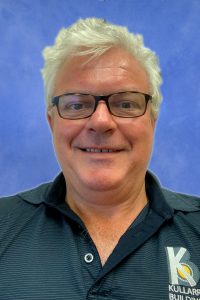 Jeffrey has lived in the Kimberley for 23 years and is the general manager at Kullarri Building Pty Ltd, which is a Nirrumbuk Aboriginal Corporation business. He has two school-aged children of which one is now attending Broome Senior High School. With a strong interest in contributing to the local community, and after completing a three-year term on the Cable Beach Primary School Board, Jeffrey is keen to now contribute to the Broome Senior High School board. Jeffrey is a keen golfer and also enjoys cycling in his spare time. 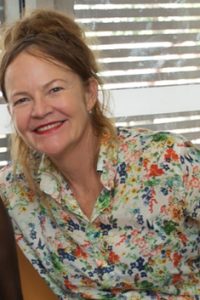 Ashley started visiting the Kimberley in 1987 and fell in love with the people, the rich culture and the magnificent landscapes. Her family moved to Broome permanently in 2008. She has a daughter in Year 12 at Broome Senior High School and a son in Year 10.
Ashley is passionate about public education and contributing to the educational and life outcomes for Kimberley kids. She believes that having a high performing school that offers our children every opportunity to excel in life whilst also fostering care and respect for others can only enrich our families, our community and our future generations.
Professionally Ashley has worked in the public health system for more than 35 years and has 30 years of experience in middle and senior management. She and her family also own a small business in Broome. They devote much of their time to training their junior staff (many of whom are students from Broome Senior High School) to build local capacity in the hospitality industry and provide training opportunities for career entry locals.
She is active in the community supporting several not-for-profit organisations. She has previously been a board member of Broome Primary School and president of its P&C. Ashley has held a position on the School Board of Broome Senior High School for the last four years and looks forward to her new role as Board Chair. 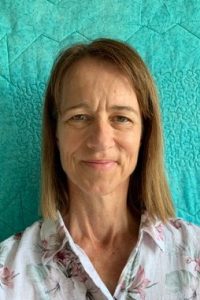 I have lived in Broome for over 8 years, and all of my children have attended or still are attending Broome Senior High School. My first year in Broome, 2013, was Broome Senior High School’s first year as an Independent Public School. I was fortunate enough to be selected as School Board Chair that year and it was exciting to be a part of the changes and growth of our school. My two oldest children have graduated and are now both in University in Perth. My younger two boys are currently in years 10 and 12. My working life as a paramedic in Broome has provided me with a sound knowledge of many community needs. I have always been committed to my children’s education, either on the Parent’s and Friends committees or School Boards. I believe that being involved with the school is a great way to contribute to not only the education of my children but to those within the community of Broome. 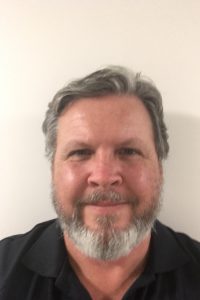 Derek has lived in Broome for six years and in The Kimberley for 12. He has one child in year 9 at Broome Senior High School and another set to enrol in Year 7 in 2022. For the past three years, Derek has been a member of the Roebuck Primary School Board.
Derek has extensive experience working in Commonwealth, State and Local governments and has also worked in community and environmental education. Derek recognises the importance of good governance and taking a strategic approach to implementation and sustaining outcomes. He also has a strong interest in student access and inclusion.

Aaron has had the privilege of living in the Kimberley region for most of his life. Spending a good part of his childhood in Wyndham where he completed his secondary schooling.
Aaron is married and has three children, of whom the oldest attends Broome Senior High School. Currently, he is the President of the West Kimberley Junior Football League (WKJFL). A position that he holds in high regard for shaping and improving the future of junior football in the West Kimberley and ensuring it remains all-inclusive and supportive of all genders, ethnic backgrounds and abilities. Aaron gives back to Community by donating his time for many community events, such as the Shinju float parade, Chinatown Pearler’s games, coaching and umpiring for AFL Auskick and AFL junior football. Aaron regularly features on the ABC radio sports talk on Saturday mornings and previously was the President of the Broome Tennis Club for 14 years.
Aaron has held a variety of positions on many community-based committees and understands the importance of a balanced and well-organised committee.

For over 35 years Elisabeth has worked in the advertising and media industries, in agencies, and as a consultant. In 1992 she moved to Broome, where she held the role of Kimberley Regional Manager for GWN7 for 19 years. She has been involved in the delivery of major cultural and community events, as well as dealing with businesses, government and community entities across the region. A Kimberley Development Commission scholarship enabled her to complete the Australian Institute of Company Directors’ course several years ago. Elisabeth is parent to two children, both of whom are happily attending Broome Senior High School. She also serves on the Board of the Broome Chamber of Commerce & Industry, is a Justice of the Peace and is also involved in the strategic growth and delivery of the annual Careers Expo.