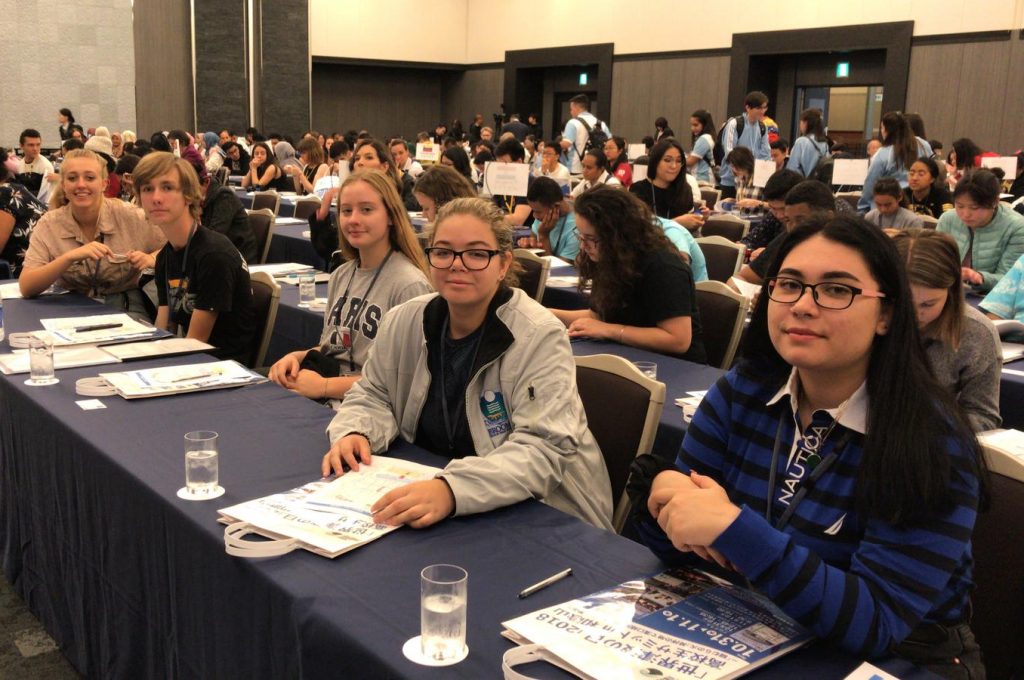 Five students from years 10 and 12 at Broome Senior High School, with their teacher, Ms Wearing, travelled to Japan recently to participate in the High School Students Summit on ‘World Tsunami Awareness Day’ 2018 in Wakayama.

Our school is the first school in Australia to be invited to attend the Summit which was funded by the Japanese Government. The invitation was extended to all Year 10, 11 and 12 students who, in order to be chosen for the trip, were required to submit an application. The chosen students, Cohan McArdle, Teagan Gale, Kaelyn Pethick, Hannah Lewis and Freya Warman were selected from 28 submissions, which was decided on by Principal Mr Burt and Ms Wearing.

The itinerary was jam packed with sightseeing upon arrival before the Summit got under way. The students represented our school and country proudly taking up their positions in the front row at the initial meeting and again during the orientation for the Fire Festival. They were amongst 1000 people to carry lit torches along a 2km route.

They then travelled to Yuasa Cho and visited Taikyu Senbio High School where the students were shown around historic sites, including the Tsunami Centre before making the journey to Kushimoto for a study tour of the railway disaster program which involved participation in evacuation drills. Students had to jump off the train in the middle of nowhere and run up a steep hill!

From there it was on to the Nachisan Seiganto-Ji Temple high in the mountains where they listened to a talk about Typhoon ‘Talas’ and the destruction it caused in 2011.

Freya participated in a commemorative tree planting ceremony which was attended by the Minister of Foreign Affairs and attracted much media attention before all of the students presented to the Summit as representatives for Australia. Their presentation was a six minute review that the students put together after researching Broome’s ability to cope with a natural disaster. Each of the 48 countries also presented before a declaration was written to improve the rate of survival from disasters.

The Summit came to a close with a reception that included student performances and a very moving lantern ceremony.

Our students have had an incredible trip, learned so much and met some fabulous people along the way. We are sure this experience will stay with them forever as well as inform and enhance their future education and career choices.